A Conversation with Maytal Dahan

Traditionally, scientists accessed supercomputers through the command line, a text interface that takes a researcher’s coded commands, and passes them on to the computer's operating system to run. And while this method is still used today, researchers can now use TACC’s supercomputers through more intuitive and modern means, including web-based portals, science gateways, and application programming interfaces (APIs).

Maytal Dahan champions ways to lower the barrier to entry and encourage more, and more diverse, users of advanced computing.

Tell us about your work with science gateways.

The Science Gateways Community Institute is an NSF-funded institute, one of the first of its kind to impact the future trajectory of science gateways and really bring visibility to that community. A goal of the Gateways Institute is to bring scientists and researchers together and connect them to resources and data; and to offer opportunities and technology solutions en masse. It’s exciting because users get to be a part of the growth of this community and be thought leaders.

I’ve been involved with science gateways for most of my career, from developing gateway frameworks in Perl 15 years ago; to creating science gateways and building APIs and middleware more recently. The goal of these projects is the same: to find ways to reduce the complexity to science at every single layer. The science gateway community is one that’s continuing to grow, and continuing to engage more diverse research areas, from libraries to humanities to disaster recovery to medicine. It just brings together so many diverse backgrounds.

How did you get your start, and what advice do you have for someone interested in a career in advanced computing?

I started as a computer science undergraduate at UC San Diego, and I was a student intern at the San Diego Supercomputer Center. That was my first taste of supercomputing. Learning more about the technologies, the environment, the science, really interested me.

Since coming to TACC, I think UT Austin’s motto of ‘what starts here changes the world,’ is really what I am passionate about. It’s special to be in an environment where I can use my software engineering skills and genuinely help advanced computing. We’re the glue that helps facilitate science with less complexity. And I love the fact that my work makes a difference every day.

Undergrads frequently only consider working at big, well-known companies. Thinking outside the box and looking for places like TACC can offer unique career opportunities. The community around advanced computing is a special brand of people who have a different motivation, and that’s why we see so many people staying in this field for so long.

How are gateways broadening access to high performance computing?

What excites me is making an impact on the next generation. When we get to use our portals in a summer institute training class with 50 undergraduate students, they’re actually doing advanced research computing on our Stampede2 cluster. These are students who probably wouldn’t have been able to have that experience otherwise. Using a science gateway is a bit like accessing Facebook or Instagram. You go to a site, log in, and then you get to do your science, without having to figure out the hurdles of the complexity behind it. Not everyone has to have a programming background to be able to use high performance computing.

One of the big milestones for TACC this year is the deployment of Frontera, the top academic supercomputer in the world. What are some of the ways that the ACI group is helping make it successful?

We are so excited for Frontera and the future it has to offer. In ACI, we feel that we play an integral part in offering services beyond the command line to scientists and engineers using Frontera. Our goal is to encourage alternative interfaces such as Jupyter notebooks, running applications through the user portal, giving opportunity for researchers to define workflows, to manage their data, and reduce that steep learning curve. The goal is to have traditional simulation tools, machine learning, geospatial tools, data management capabilities, all available through a user portal interface to Frontera.

By doing so, researchers don’t need to understand how to write a job script, or what flags and parameters are needed. They can fill out a form, specify what data to analyze and say where they want their results. It creates opportunities for individuals to do their science, from generating data to visualizing it through very simple interfaces. For more advanced users, we have API interfaces and tools to build their own gateways to interact with Frontera. Our goal is to make users as productive as possible.

What makes ACI so special is our team and the collaborative environment at TACC. Just like building a science gateway involves taking all these components and creating a single interface, having a successful ACI team requires all these other groups at the center. It’s not just us working in a bubble. We collaborate with a wide range of researchers and scientists to deliver services to our users that really make an impact. 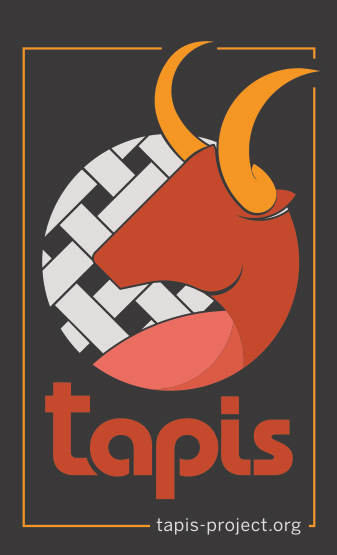 Supported by a $2.9 million grant from NSF to TACC, and another $1 million award to the University of Hawaii, Tapis — short for TACC-APIs (application programming interfaces) ⁠— weaves together services and capabilities.

"Tapis allows researchers to run different parts of a single analysis on different computers, across sites — to run near big data, or near sensors, or on a world-class supercomputer, whatever is optimal for their analysis — and to re-run all or part of an analysis later to reproduce a result," said principal investigator Joe Stubbs, manager of the Cloud and Interactive Computing Group at TACC.

"By building on prior work and leveraging existing leadership computational resources such as those available at TACC, Tapis contributes to the continuous strengthening of the national cyberinfrastructure, while at the same time lowering the barriers in accessing it," said NSF Program Director Stefan Robila.