The Importance of the Protein Backbone 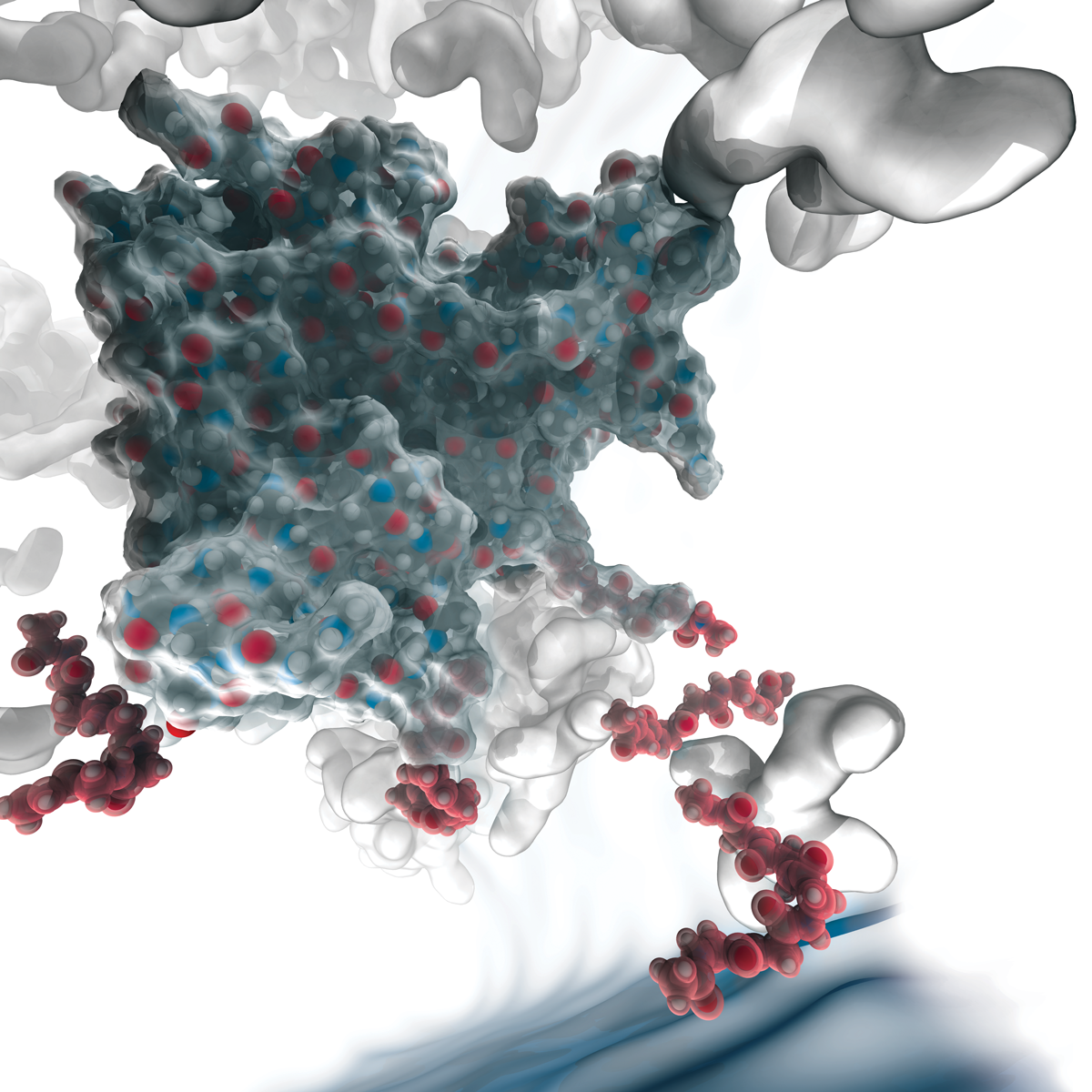 The protein backbone is the chemical scaffold common to all proteins.

Compared to RNA and DNA backbones, the protein backbone has a simple chemical structure with a handful of nitrogen, carbon, oxygen, and hydrogen atoms organized in repeating units.

Molecular dynamics simulations of a protein backbone system in a super-saturated solution allowed researchers to investigate these elements at atomic resolution. This visualization is a snapshot from such a simulation performed on TACC’s Stampede2 supercomputer. It captures the approach of free protein backbone chains as they separate from the solution to form liquid-like droplets, a process known as phase separation.

These droplets are important in the regulation of our cells. Changes in the properties of these droplets underlie neurodegenerative diseases, such as Alzheimer’s disease. Therefore, understanding the biophysical mechanisms that drive phase separation is a critical first step in understanding how the droplets are altered in disease states.

Currently, there is no cure for neurodegenerative diseases like Alzheimer’s. Understanding how droplets form, or misform, will lead to novel drug designs.