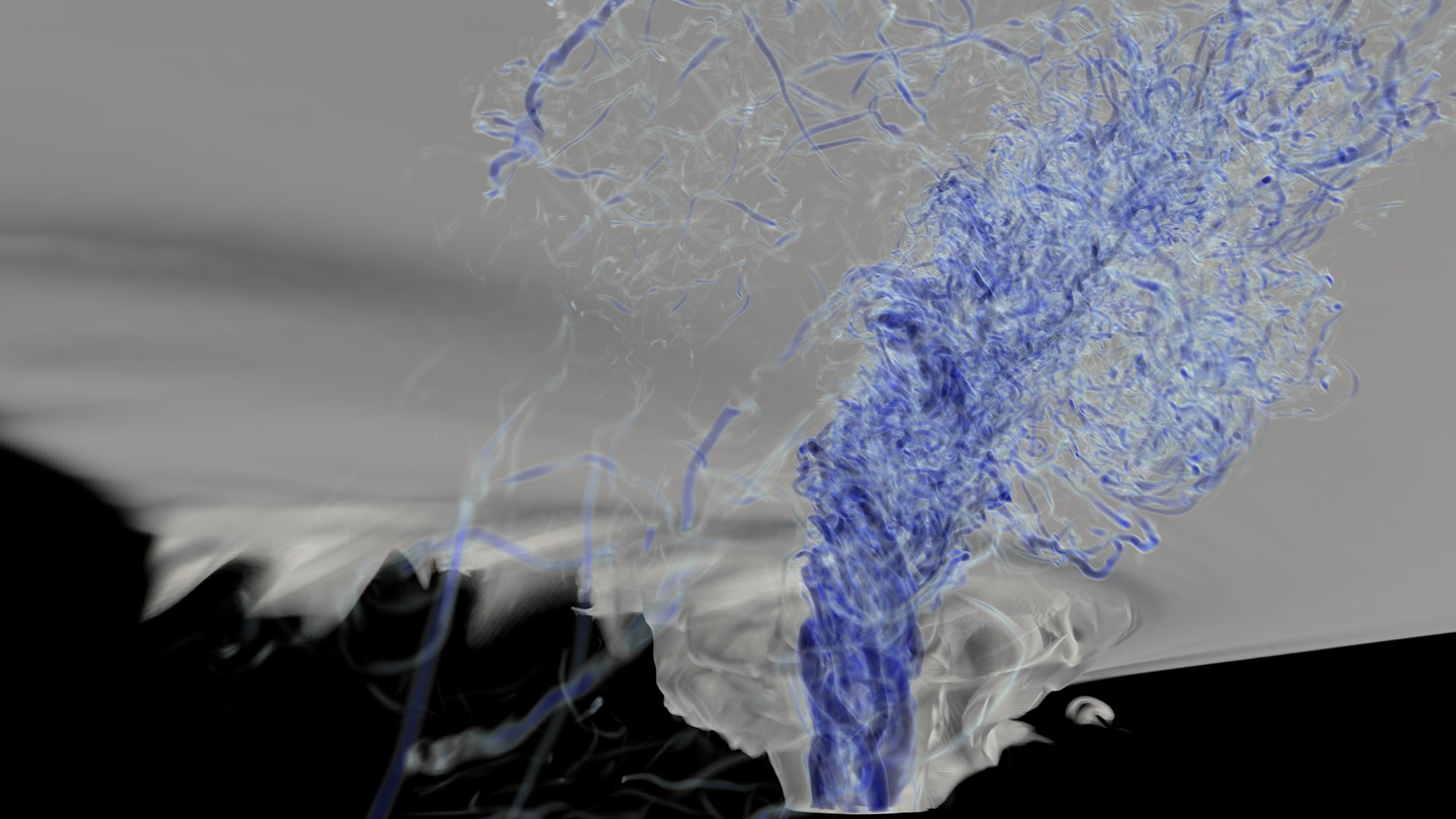 The U.S. is by far the global leader in tornadoes — recording more than 1,000 on average each year. Despite their frequency, scientists still struggle to forecast these devastating events.

Computer simulations of supercell thunderstorms on Frontera are helping Leigh Orf, an atmospheric scientist at the University of Wisconsin-Madison, uncover how tornadoes form and sustain themselves. They may lead to more accurate forecasts in the future.

“The goal is prediction, but the truth is we still don't understand some basic things about how supercell thunderstorms really work,” he said.

One of the storms Orf studies is the El Reno event — a tornado that killed 11 people and injured 293 in Oklahoma on May 24, 2011. In the process of recreating this storm, Orf identified a feature that might be critical to tornado formation: the streamwise vorticity current, a flow of air that rotates on its side and gets sucked into the updraft, intensifying it.

On Frontera, Orf is simulating tornadoes with the highest spatial and temporal resolution ever attempted. He is also creating detailed scientific visualizations that aid in analysis.

The visualization pictured here shows the cloud and vorticity fields of a multiple vortex EF5 tornado embedded within a supercell thunderstorm. The view is from just above the ground, looking towards the west. The multiple vortices that comprise the kilometer-wide tornado are seen as solid blue tubes in the vorticity field intersecting the ground.

“For a tornado researcher, I'm a strange bird in that I really do enjoy high performance computing,” Orf said. “I'm willing to put in the coding effort that's going to ultimately lead to a whole new framework of analysis that I think will push the field forward.”