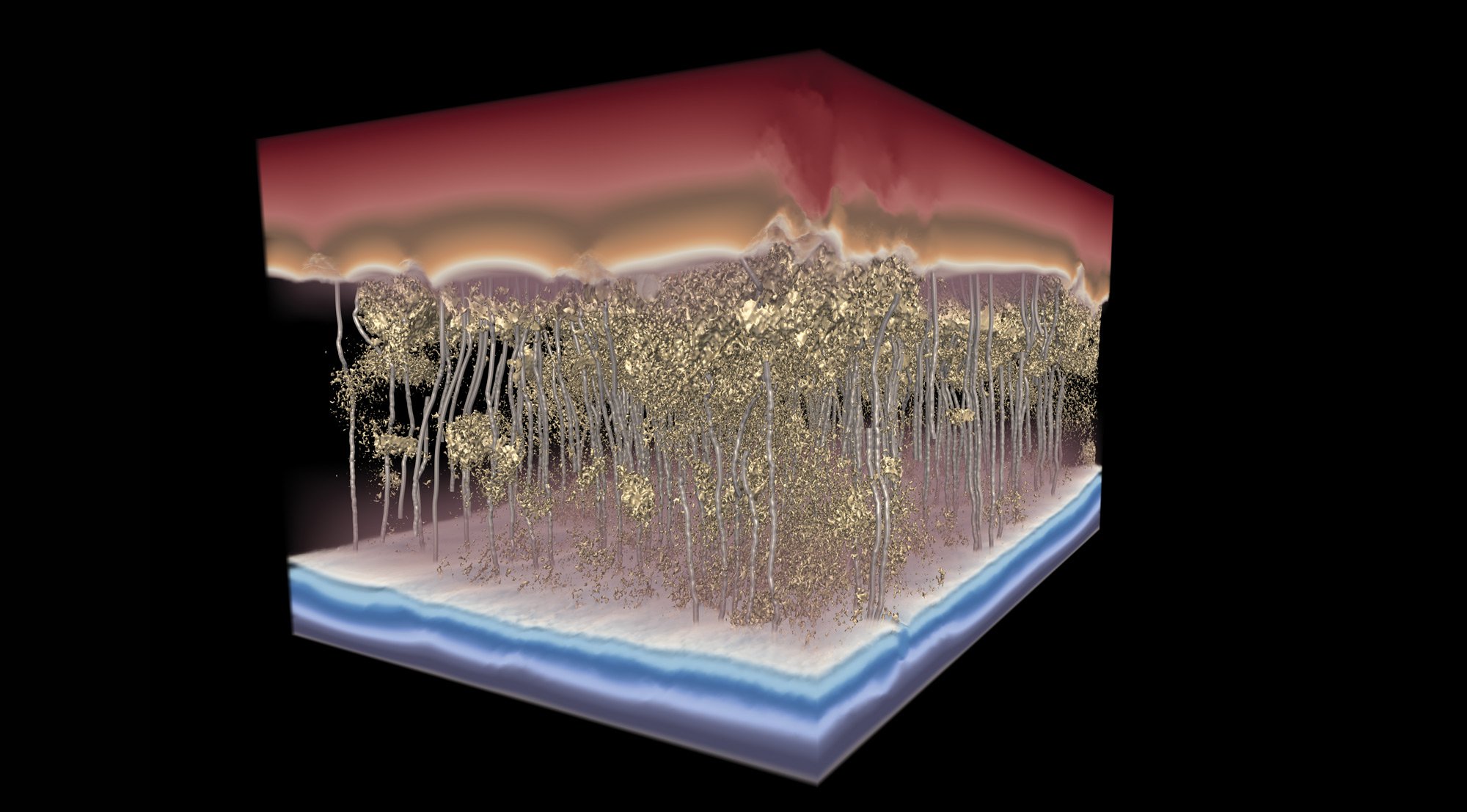 Only about 1.2 percent of the Earth's water can be used as drinking water. The World Health Organization predicts that by 2025 over one-half of the world’s population will be living in water-distressed areas. New sources of clean water are needed to sustain life.

Highly engineered membranes as thin as a human hair have shown promise for desalinization. But experimentally determining which aspects of the membranes most affect membrane performance has been a challenge.

A team of academic and industry researchers found that creating a uniform membrane down to the nanoscale is crucial for maximizing the performance of reverse-osmosis water-filtration membranes. Their discovery was published in the journal Science in January 2021.

Visualization Behind the Image

This 3D visualization of a polymer desalination membrane shows water — the silver channels moving from top to bottom — avoiding dense spots in the membrane that slow flow.

The image appeared on the cover of Science. It was created by Greg Foss, a visualization expert and artist at TACC, in collaboration with the Iowa State researchers, using Kitware’s ParaView visualization software with Intel’s OSPRay ray tracer, part of the Intel oneAPI rendering toolkit.

The paper appeared in Science, January 2021. The visualization was featured on the cover.